Whitehouse Flexible Tubing Ltd is a family firm with a rich industrial history, forged in the late 1800’s when George Whitehouse set up a brass foundry in Birmingham. George Whitehouse & Co manufactured a range of brass products from bedsteads to door handles at its William Edward Street factory. George’s three sons, Jack, Jim and Norman joined the flourishing business, which occupied one end of the small street with housing for the foundry’s workers built along it. 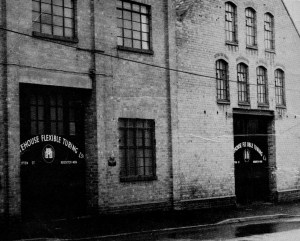 With the outbreak of the Second World War, the firm contributed to the war efforts by making parts for Hawker Hurricanes – workhorse of the Battle of Britain fighter squadrons, as well as having an aid store at the premises. As German bombing raids over the Midlands intensified, Jim and Norman took the decision to clad the factory roof in metal sheeting. That design proved extraordinarily perspicacious. The very night the work was completed, the factory took a direct hit but survived to see out the war years in full production.

The next generation of the family, Jim’s three sons, Paul, Roger and Ken, picked up the mantle when he retired in 1977. They steered the company through a difficult period as Britain’s motor industry gradually declined. 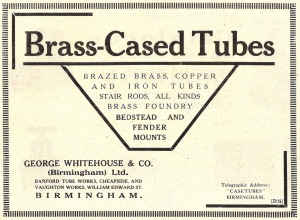 Like the generations before them, the brothers understood the importance of innovation, investing in technology and toolmaking design to refine manufacturing processes. They have worked closely with their design teams and toolmakers to ensure they continue to meet customer expectations, bringing new products to market and securing the long-term success of the business.

Today Whitehouse Flexible Tubing is run by fourth-generation members of the family – Roger’s Son, Tom and Ken’s Son, John. They are joined by a third Director, Darren Shakells, who started in the business as an apprentice toolmaker in 1989. 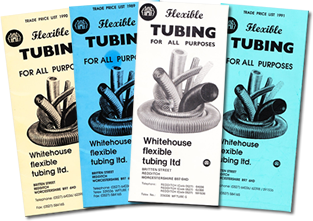 The management team continues the tradition for innovation. As well as investing in new machinery and adding to the product range, they are also extending the assembly workshop to enable manufacture of specialist hoses on site.The company has undergone considerable change over the past two years, refining their systems and processes to improve products and services. As part of this process they achieved registration for the ISO9001 Quality Management System which has provided tremendous benefits for the company and its customers alike.